Head in the Clouds: Amazon AWS Basics for Authors 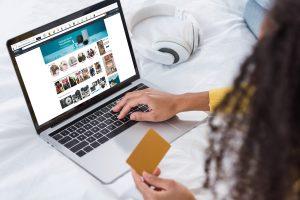 In 1984, the first Terminator film thrilled audiences, and we were introduced to SKYNET, the network of supercomputers powering the world, described by one character as “hooked into everything, trusted to run it all … a new order of intelligence.”

Back then, the concept of email was still somewhat fantastical, and the idea that homes would one day be smart and powered by voice commands seemed decades away. Of course, our colleagues writing Sci-Fi (and perhaps Post-Apocalyptic) might have suspected it, but the rest of us remained blissfully ignorant of what was just around the corner.

Fast forward to 2022. You may be tempted to think of Amazon as our conduit to book sales or a shopping portal, but that would overlook its reality: Amazon is a global cloud-computing network, powering many of the world’s applications through what it calls Amazon Web Services, or AWS.

According to its website, AWS is “the world’s most comprehensive and broadly adopted cloud platform, offering over 200 fully featured services from data centers globally.” Simply put, AWS is used by companies to build, test, and run cloud-based applications. These range from the very simple, such as basic file storage, to the complex, such as tracking and communicating with satellites.

Because AWS offers so many products, it’s a near certainty that you’re an end-user in one way or another. Netflix and other streaming services use their storage and content delivery solutions. Your voice-powered devices utilize their natural language recognition software to understand when you want to turn on a light or stream your Taylor Swift playlist.

Websites you visit could be hosted on an AWS Lightsail or EC2 server, protected by Amazon’s Cloudfront firewall. Email might be routed through the Simple Email Service (SES). If you look at a map on your mobile device, you could be using the Amazon Location Service or their AWS Amplify service, and the map app was likely tested using an AWS Device Farm.

And certainly, anything you do is streamed into one of their data lakes and then shared, distributed, and analyzed in too many ways to count. Third-party companies have the option of paying to access your data. Does this sound like an invasion of privacy? It would be, had you not ticked the box agreeing to the terms of service that discloses that it’s done when you signed up.

If you’re getting SKYNET vibes, you’re not alone. Ethicists and legislators around the world are grappling with how to manage the repercussions of this much information being controlled and run through one company. Cryptocurrency, blockchain, robotics, virtual reality, augmented reality, and quantum computing will soon become as common as email and websites, and AWS is on the forefront of the technology that powers them.

How Authors Can Use AWS

If you’re intrigued rather than running to build an off-grid hut in the wilderness and start your doomsday prepping, there are some ways authors can leverage the benefits of AWS, chiefly the cost. Many products have a long free trial period, and after that you pay for only what you use. Often, the cost amounts to just pennies per month.

While there are more than two hundred AWS products, three have immediate and practical applications for indie authors: Amazon S3 Storage, Amazon Lightsail, and Amazon Polly.

Think of Amazon S3 as an external hard drive. Rather than plugging it into your home computer, it’s connected in the cloud and can store files of all types securely.

Pro tip: Back up your works in progress whenever you save or exit your document. It’s also possible to archive and keep anything related to a project in a folder in the cloud called a “bucket” that can be encrypted to the highest possible levels, such as the Federal Information Processing Standard (FIPS) 140-2 used by the US and Canadian governments.

Chances are your manuscript doesn’t need CIA code-word clearance, but it should comfort you to know that should you ever need to keep throngs of fans from trying to hack your computer to leak the contents to the world, they are safe and tucked away securely.

Amazon S3 also integrates with your WordPress website, and many plugins have easily configured plugins ready to deploy.

Website hosting can be confusing. On one end of the hosting spectrum are WordPress-dedicated services, such as Namecheap’s EasyWP and WordPress.com, both of which offer a stripped-down feature set and restricted design choices. They’re cheap and easy to use, but you can quickly outgrow them.

On the other end of the hosting spectrum is what’s known as shared hosting. This option is relatively inexpensive but bundles your site on a server with other websites. If one of your “neighbors” sends spam or hosts illegal content, you could become guilty by association and lose your Google ranking, or worse, be banned altogether.

Lightsail is a balance between the two, offering full, feature-rich WordPress hosting with one-click installation and also a dedicated IP address, so your digital reputation is yours alone to manage. If you have multiple sites, they offer dedicated servers starting at $3.50 per month.

Although Lightsail has some key advantages noted above, it’s probably best for those with a moderate level of technical savvy. It does take some digging through documentation and videos to get started, but once you’re up and running, it’s a lightning-fast and secure option, powered by one of the world’s largest and most connected internet companies.

Amazon Polly converts text to speech using neural, natural-sounding voices in multiple accents and dialects. Using the AWS interface in Polly, you can copy and paste up to five thousand characters of text and listen as it plays back what you typed in multiple voices. When you hear one you like, you can download the MP3. Use it to create marketing materials using snippets of alternating dialog in character voices to then create short social media ads or TikTok videos for promotion, for example.

Polly can also be used to read back a manuscript to listen for errors or convert larger text files to MP3 files. This isn’t a built-in feature with Polly, but because AWS is merely the engine behind the scenes, it can be accomplished using a service like Zapier or Integromart, which are designed to build automations to connect apps.

Although Amazon AWS isn’t self-aware yet, it’s certainly the stuff of writer’s dreams as to what it will be able to do in the future. For now, it’s a powerful tool in an author’s arsenal with limitless possibilities of what to do with it.