“Have you ever thought about not doing that?” 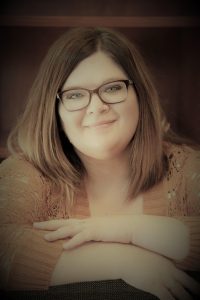 Forging Your Own Path with Becca Syme

Becca Syme is probably best known for her Dear Writer book series.The first volume’s title, Dear Writer, You Need to Quit, is provocative in an environment where indie authors often feel they need to do all the things all the time to stay in the game. Burnout is a real danger, and some writers become discouraged because they’re unsuccessfully forcing themselves to follow rules expounded by more experienced authors.

Becca has a different, more intuitive approach. In college, she took the Gallup StrengthFinder test, now rebranded as the CliftonStrengths Assessment, which is a popular tool to help people “maximize their potential at work and everywhere else.”

Becca was certified through Gallup as quickly as possible and found that she not only enjoyed coaching but that she was very good at it. From then on, she worked with her strengths instead of against them.

What does that mean in practice?

One of her key strengths is Achiever. That quality drove her to run a non-profit organization while in grad school, write fiction under several pen names, and build her successful coaching business, The Better-Faster Academy.

On the flip side, one of Becca’s weakest qualities is Empathy. At first glance, this would disqualify her as a writing coach as it is a key strength for any coach or therapist. As Becca explains, her kindness and ability to coach writers comes from a different place.

She coaches ten to twelve hours a day, and during the pandemic, people are scared for their businesses and their lives. In Becca’s own words, “I can sit with that. I can be compassionate but not take anything into my spirit or body.”

During our conversation, she repeatedly emphasized how important it is to work with your strengths instead of trying to eliminate your weaknesses. The result of the former far outweighs our efforts to improve at something we aren’t naturally suited for.

It also means that Becca refuses to follow what the majority does if it isn’t right for her. Her courses are taught live and not prerecorded. She’s happy doing that even though other coaches have advised her that she could earn more money by making her course content evergreen. Yet by following her strengths, she is incredibly successful on her own terms.

“I don’t do the things that don’t work for me.”

In college, Becca was told there was a right and wrong way to plan your books. That never worked for her. Then she realized that playwrights in ancient Greece, long before Aristotle described the three-act structure, instinctively created plays their audiences enjoyed. “They were natural storytellers. They were pantsers who wrote amazing plays with great structure. So I stopped outlining and let myself go.”

Another one of Becca’s strengths is Strategic. She explains this quality as “standing in one spot and looking in five or ten or fifteen different directions and seeing several moves ahead.”

Her writing process begins with a simple idea. The starting point for her first cozy mystery was “wouldn’t it be cool if an actor came into town and met a banker, and she steered him in the wrong direction and somebody died.” That was the extent of her planning before she sat down to write the novel.

Becca likes the term “discovery writing” since she discovers the plot during her first draft.

She never knows how a story develops. She might get to chapter twenty-five and need a knife. To her delight, she placed one on a table in chapter five without knowing why she did that.

Becca equally has no idea who the killer is. As she writes, she meets a person who might be it. But five chapters later, they die. Another potential killer might be exonerated later on. Their true identity rarely reveals itself until she is two-thirds through the book.

“I don’t know how it works. I have no clue what happens when I write a book. But I trust my instinct in the drafting process.” Becca laughs as she recalls how she once tried to structure a plot. It turned out to be her worst cozy, so she stopped. Her intuitive strategic strength works on autopilot. “It knows what it’s doing. Conscious Becca is along for the ride.”

But she stresses that unless a writer is wired that way, she wouldn’t recommend that process.

This time of year, many authors create their release schedule for the new year. Some write business plans with larger time frames in mind.

Becca doesn’t set any goals nor does she have a business plan. As an Achiever, she works all the time, every day. She is motivated internally and not by meeting arbitrary external goals. When she’s asked about her ten-year goal, she replies, “Being alive and writing. That’s my goal. I don’t want to manipulate my future too much. I learned not to set goals. That’s not my mode.”

Instead, Becca reads data very quickly and is always watching patterns. She responds to business challenges without being consciously aware of doing so. “I have to trust myself.” She either delegates what she’s not good at or doesn’t do them at all. “Just because everybody says you should do something doesn’t mean you should. Ignore all the ‘shoulding,’ especially if it isn’t working for you.”

What is her best advice to new authors? “Publish scared.”

Becca has coached many writers with hundreds of successful books under their belts. Their view differs greatly from a writer on their first book. But experienced authors consistently bring up one piece of advice. “I wished I’d have moved faster at the beginning of my career.”

Becca sums it up. “Don’t worry about it. Write. Publish.” She compares the process to learning to play the piano. As an expert pianist, she says that she was talented from the beginning. To reach excellence, however, she had to practice and practice. Iteration, Becca calls it. “Do you want to wait until everything is perfect or you don’t feel scared anymore? That doesn’t work. You’ll feel scared all the time even when you get to one hundred books. We’re all scared when we publish. Publish scared.”

“Question the premise of everything you hear from experts.”

There are so many so-called rules writers are told to follow: Write every day. Don’t edit as you go. If you can’t make dictation work, suck it up and continue until you can.

Becca explains that nothing works for everybody. We all have talents that make it easier to do certain things but equally impossible to do others. If writers persevere without success, they are in danger of blaming themselves. They may think they’re broken. Or if only they tried harder, they’d make it work, when in reality, they’re just not suited to that particular strategy.

Becca’s question to struggling writers is, “Have you ever tried not doing that?”

She has coached more than five thousand authors on a one-on-one basis. Based on her experience, she knows that there’s no one pattern for success. “Give me any piece of should-rule, and I’ll point you to a writer who doesn’t do that.”

This is because Clifton’s thirty-four identified strengths result in 378,000 combinations. Becca points out that a writer is unlikely to even know another person who’s successful in the exact same way.

Her final advice is poignant. “All the forcing to be like other people is killing some of us. New writers must free themselves from the expectations of best practices. To force themselves into a mold isn’t helpful.”

Links to her YouTube channel, Patreon, and further information can be found on Becca Syme’s website, https://betterfasteracademy.com.