What is Women’s Fiction? 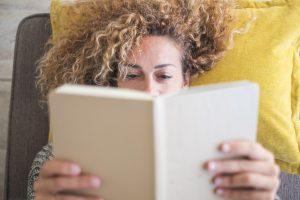 In a sentence, Women’s Fiction is written by women for women. It isn’t that the genre is exclusive; men can and have read Women’s Fiction titles. However, the author writes with the female reader in mind. Relational sagas, love stories, and generational stories all make up the commercially written books that tap into the reader’s desire to grow with characters through their sometimes-larger-than-life but mostly relatable problems.

The Difference between Women’s Fiction and Romance

There is a line—albeit very fine—between Women’s Fiction and Romance. But it is there. In a Romance, the central relationship is between two characters. These characters will encounter that bring them growth so that they are eventually together happily ever after.

Women’s Fiction differs could be a story about two characters, but both of them come with a cast of characters that are on the growth arc with them. The characters could be siblings, friends, family, or a strong cast of coworkers.

The issues in Women’s Fiction rise above the “does he like me, do I like him?” dance that is common in Romance. These characters deal with issues like drug abuse, alcoholism, divorce, death of a loved one, caring for aging parents, and illnesses that disrupt life patterns.

Women’s Fiction primarily follows the growth arc of the main female character. The other characters will have moments of maturity, but the reader is invested in the female lead rising above her problems and walking away from the situation as a new person, a better version of herself, and, regardless of the outcome, at peace with herself.

Women’s Fiction focuses on life issues unlike the light-hearted feel of Chick-Lit.

Why Read or Write Women’s Fiction?

Women’s Fiction stories include a relatable protagonist: the lady next door, your mother’s best friend, or your younger or older sister.

The men in these stories struggle as well. They are attractive in their own way—meaning they are pleasing to the main character’s eye, but they may not be posing as a shirtless cover model.

Because of the large cast in Women’s Fiction stories, the ages vary as their issues transcend arbitrary timelines. Divorce happens to people young and old. A sudden illness is disarming regardless of when it strikes. Characters grapple with the universal desires to belong to a community, fit in with family, and have that friend that understands them almost better than they understand themselves.

Our close-knit community of characters doesn’t have all the answers. They want to do the right thing if only they knew exactly what it was and how to do it. Words from smart friends, coworkers, the potential love interest, and occasionally, the wise-beyond-their-years child guide the protagonist on her growth arc.

While immersed in a Women’s Fiction novel, the reader is at the table drinking a cup of coffee with the characters—sometimes giving advice she may or may not follow. Other times, the exchange is the other way around, and the reader is delighted by the heartwarming outcome of what was originally a tough situation.

And this is why we enjoy reading and writing Women’s Fiction stories. She makes the right decision for her.

Slice of life: The mundane moments in life are great for revealing the character’s normal or what the character strives to have as status quo.

Family secret: There are two types of family secrets: “don’t tell mom, dad, or grandma because it will disappoint them” and a secret with the potential to disrupt the lives of the people the main character loves. Scrambling, stress, and what-ifs become the internal and external conflict for the protagonist.

Coming home: The character has been away from the community for years and has decided to return to their roots—and face the factors that convinced her that living anyplace else would be better. The story ends with her realization that she belongs in her childhood town.

Seasoned (or later-in-life) romance: The main character will find love. She may be widowed, divorced, a career woman, or with a lifestyle that offered no opportunity for her to embrace a romantic relationship. Now is her time to find that someone special.

Friendship: She has friends who know her flaws and love her in spite of them. The friends offer support and wisdom. Conflict provides a moment of growth for both of them.

Community: The protagonist is active in her community. If she doesn’t attend the town council meeting, one of her friends does and reports the information back to her. She participates in all the events that make her town special. Second-chance romance: If the character is divorced or in the midst of a struggling relationship, she will come back to pursue the love they once had. Alternatively, the main character had a chance at romance, but for some reason, it never happened. Life has been kind enough to grant them another chance at love.