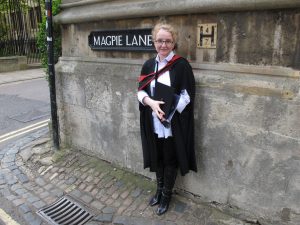 Kate Pickford is a name whispered in groups of authors the world over. She has written and directed award-winning movies, and found success as a script doctor, a book coach, a developmental editor, and a ghostwriter, as well as an author. If you’ve had a conversation with her at a 20Booksto50K® event in Bali, or Edinburgh, or Las Vegas, chances are you came away feeling like you’ve been given a dose of clarity.

Hailing from the hallowed halls of Oxford University in England, Kate now lives with her wife in the wide-open spaces of Oregon amid herds of meandering local elk, and a posse of poodles. Kate has a passion for the breed. When her local rescue takes in a poodle that is sick or old and has been abandoned, they call Kate. She is kind, exuberant, enthusiastic, and ridiculously intelligent, with a heart so big that she helps wherever she sees the opportunity to. 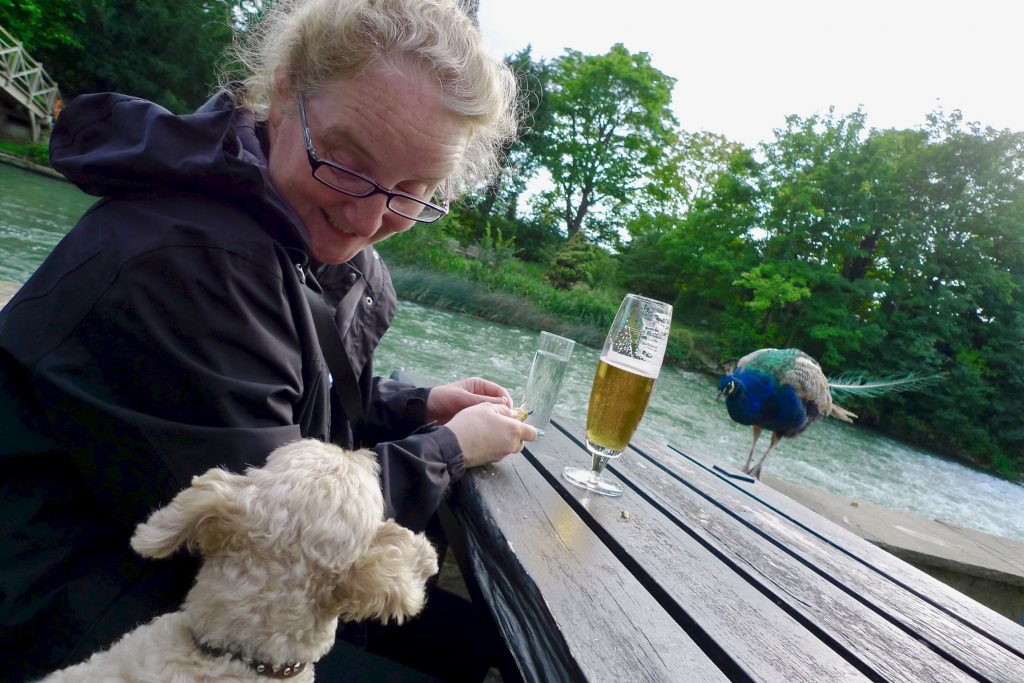 A writer of heart

Kate has reinvented herself in several writing careers, spanning more than thirty years. We asked her how she got started.

“I can’t remember not writing. I wrote in school and college. My wife, Ginger, studied film at NYU. We started writing films together, and it became really clear that we were the people to go to if your screenplay wasn’t quite coming together.”

Under the pseudonym JJ Pike, her ten-book, post-apocalyptic series, Melt, has sold tens of thousands of copies. Kate has recently returned to writing science fiction, a genre she describes as her first love. We asked her what genres she writes, but it might have been quicker to ask what she doesn’t write!

“Women’s fiction and historical fiction mysteries. I’ve got an award-winning mystery series. Paranormal romance, and LitRPG. I’ve got a big sci-fi series, and I’m writing a steamy rom-com at the moment. It’s really about what is going to pay the bills. I’m willing to do anything, and I’ll do the research.”

Her current project is the conclusion to the Melt series. “I’m either wrapping it up in one book, or I’m wrapping it up in three books. I don’t know yet because I’m a pantser. I find out what’s happening when I’m writing. But as a developmental editor, you have to know structure. I’ve got a really clear sense of structure. It’s just part of how I think.”

It took Kate a great deal of courage to reveal that she is JJ Pike and to start writing under her own name. Anyone who has watched her videos on YouTube will know how difficult her journey through imposter syndrome has been, and still is. She regularly bares her soul, unapologetically using herself as an example of depth in characters. Subsequently, she is absolutely the person to speak to if you want to gain a deeper understanding of character misbelief.

A righter of wrongs 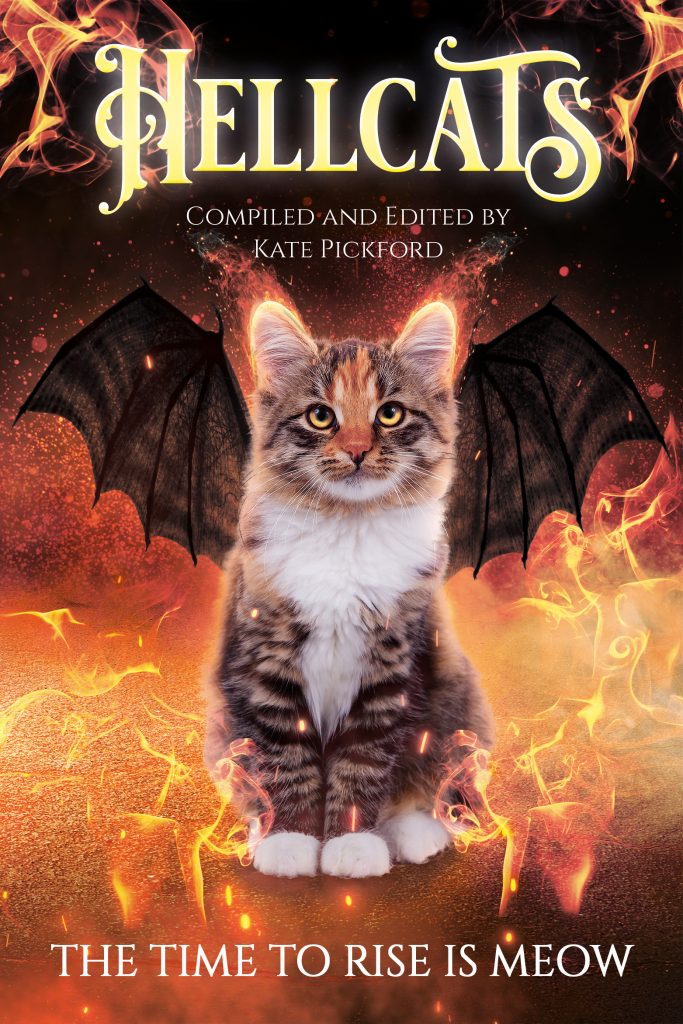 Kate discovered last year that her brother’s eighty-year-old mother-in-law, Erada, was in danger of losing her home. Despite being in lockdown, she was driven to do something to help. She called out to the author community for writers to join an anthology of short stories to raise money.

“The response was overwhelming. Seventy-one writers submitted stories for free. The final book with sixty-nine stories was called Hellcats. The theme was stories of recompense, reckoning, and redemption.”

The anthology did well and received great reviews. “We raised about eight thousand dollars. I decided to do another one. Hellhounds is up next. We’ve got a bunch of writers who have sent their stories in.”

While Hellcats was earning money for the cause, Kate’s publisher, Muonic Press, offered to co-write a series and donate all earnings from that series to help Erada. Kate went one step further and suggested inviting other writers onto the project. She interviewed applicants and after a stringent selection process, created the “Doom Scribblers” to write a post-apocalyptic series. The money from the Doom Scribblers will initially go into the fund to try to save Erada’s house, before they accept royalties themselves. By the time the books are launched, the participants will already have received a crash course in leveling up their craft from Kate, which is well worth the time and effort of taking part.

“I told people, if you are willing to put the work in, I am willing to keep teaching you. Of the thirty-one people who started out, there’s only been about ten nervous breakdowns. So, we’re in good shape and we’re going to end up with thirty books.”

A writer of craft 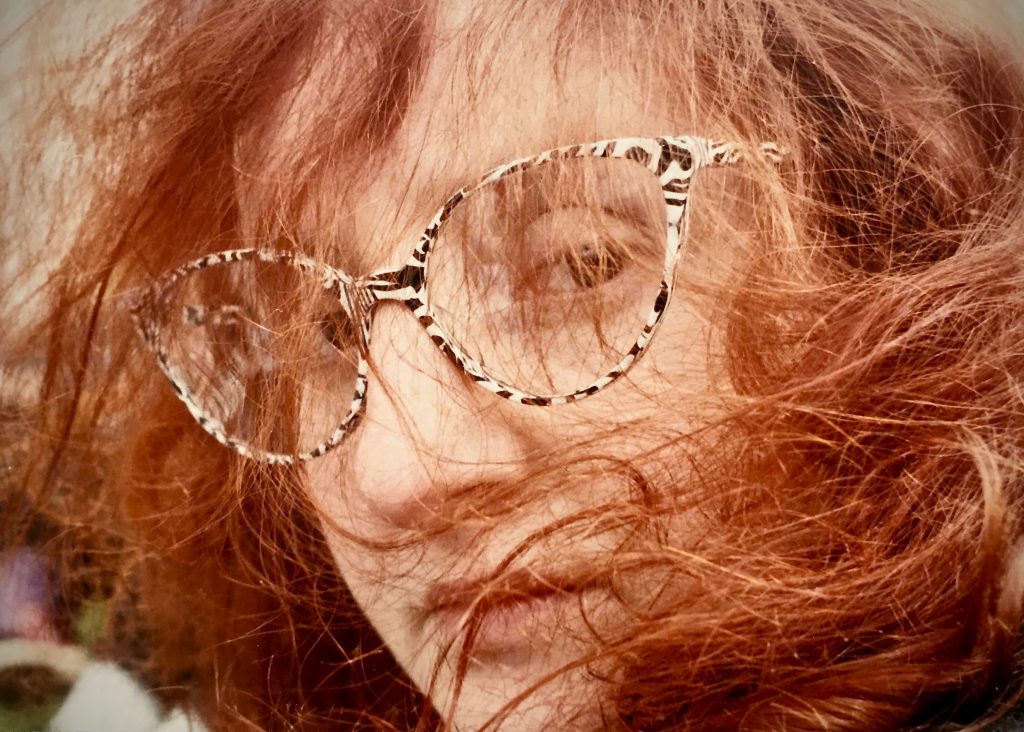 “I’m fascinated by the fact that, because we all learned to read and write, people think they can tell a story,” Kate told us. “Story requires craft. It requires you to be able to take somebody into an imaginative world, to transport them into this other place.”

“There are genre groups where you can go and find your people. You still need to put in the time to learn your craft. If you were a piano player, there is no way you would think that you could go on the global stage the first time that you sit down to a piano. Of course, there are Mozarts. They exist, but they’re really, really rare. The rest of us have to work really hard.”

On the subject of self-editing, Kate believes that feedback is absolutely essential. She recommends finding writers who understand your genre. Kate advises you should get your manuscript proofed at a minimum, but there are lots of ways to do that. “Build yourself a team, find people who understand tropes and tone and pacing, which are the big things that are going to make a difference and have them read for you at the alpha level.”

“Surround yourself with people who want to go where you want to go, who have the same kind of goals as you do and then be really clear about what you want from an alpha reader and what you can do in exchange.”

But what if you do hire an editor? “The most important thing to remember is that they’re working for you, and want your book to be as good as possible.“

Her Doom Scribblers would guess that getting rid of adverbs and dialog tags are Kate’s biggest pet peeves in writing, but they’d be wrong. “What drives me insane is plots that haven’t actually been set up properly. Deus ex machina. The fix that happens because the plot needs a fix. You lose credibility if the reader can see the writer moving the pieces around on the board. The writer will lose the faith of the readers, and they won’t know why they’re turning away, but they will turn away.”

A writer of story

At conferences the world over, a well-established author-goal is to grab five minutes of Kate’s time. How does she feel about that?

“I love talking to people about story. I really do love story. I’m very excited about going to NINC this year. And let’s hope Vegas [the 20Books Conference] happens.” 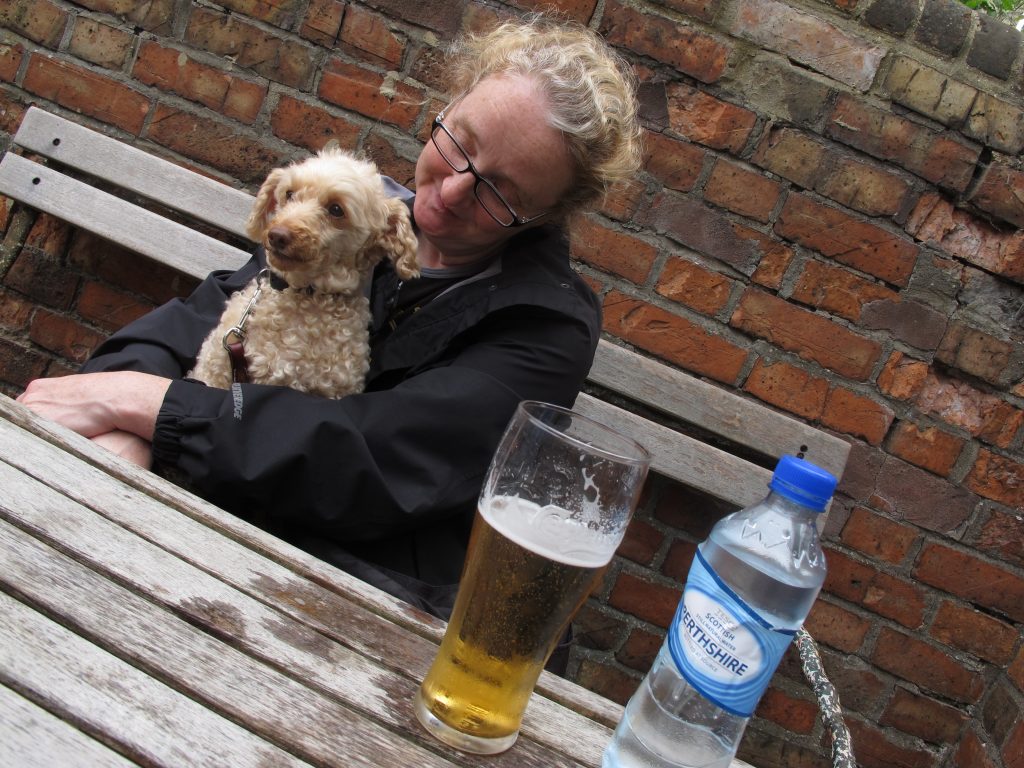 What can you expect from a conversation with Kate?

“I’m going to try and ask compelling but hard questions like, what are the stakes and why do we care? Tell me about the premise. I love doing that.”