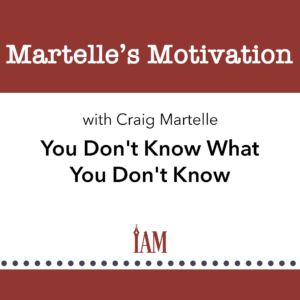 When you have no books published, what does a launch strategy look like?

This is a question I have been asked at every stop so far on the epic 20Books Drive Across America and the profound train ride around the UK.

And too many people think that you do, and it is holding them back. I think the people I’ve met were looking for a strategy that included joining feedback groups, setting up a newsletter, running promotions—those things that seasoned authors will do to launch their books. They built that stuff over a long period of time. They have existing readers, also built over time.

It takes bait to attract the fish. No one dangles a bare hook and expects to catch anything. With a product, you now have the means to attract readers—those people who might like your style and read your books.

Until you publish, you don’t know what you don’t know, but you can always sell a good book. You may end up putting a new cover on it. You will redo the blurb. You may even rewrite it. Nothing is fatal for an author’s career. We learn, and we grow.

Would it be better to have a reader magnet first? In your overall sales funnel, yes, having a reader magnet—short story to full-length book, the best sample of your style that you can manage—is beneficial, but you’ll run across the same problems. How do you get it into readers’ hands? If you have the magnet ready, publish it. If you don’t, publish the book, and at some point in the future, get the reader magnet into the mix.

Consider the chicken and the egg. Start learning what you don’t know by using what you have at hand. One of my bestselling books this year is one I published five and a half years ago to no audience, without a readership, with a bad cover, and I could go on, but why? When the third book in that series was ready with new covers on them all, I ran promotions on book one, and that started a great five-year run that has led to over one hundred thousand dollars in sales for that series.

Getting it right before you know anything about this business is putting a great deal of pressure on yourself. Getting it right eventually is an effective way to launch a career. The best thing you can do to help yourself is to get the book out there and listen to the feedback. And keep in mind that nothing sells your first book like the newest book. Write another book, and write it better.