Outlining the Problem: Conflict and Misbeliefs 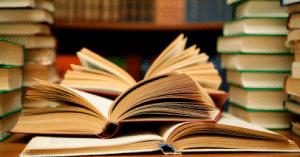 Many authors begin their outlining process by developing entire character profiles as well as the basic idea of what will happen in the book. They feel they at least need to know where they’re  going to take their reader, what the reader is going to expect of the story, and how they plan on meeting those expectations while still telling the story they want to tell. Sounds complicated, doesn’t it?

These authors suggest that you begin with a story arc: the overall shape of the story or the rise and fall of tension or emotion where readers get to see the cause-and-effect connections between what appears to be otherwise random occurrences.

Then it comes down to writing strong characters with clear motivation from the get-go. As human beings we are conditioned to avoid conflict. But as readers, we live for it, we expect to feel all the things, all the time. You could try to argue against this, but consider this: if you picked up a book from the library with a blacked out cover not knowing what lay within, and the story ended up being about a guy and a girl who were happy all the time and nothing ever went wrong in their lives. They lived their best life one hundred percent of the time and got everything they’ve always dreamed of having. Boring book, right? That book would likely get a huge “DNF” stamped across it, right? And you’d move onto something with more depth, more conflict. Why? Because conflict is the soul of a great book.

A good book needs conflict, it’s true, but what good is conflict if you don’t have a relatable character to cheer for, or against? Characters and their motivations are key for producing a gratifying story.

An enjoyable story will trump great writing every day of the week. All the technically accurate writing in the world won’t garner you super-fans if you don’t have a compelling story with strong characters dragging them along for the ride.

Lisa Cron (Story Genius) says as readers we expect the protagonist will:

Essentially your main character will have something they need to do (goal), a problem within themselves (misbelief), and a problem in their world they need to overcome (conflict).

So what is a misbelief?

Misbeliefs are false thoughts your character believes about themselves. They’re not actually true, in fact, often, the only person who actually believes the misbelief is the character themselves. They tend to be “I am” statements. For example: “I am not enough,” “I am unlovable,” “I am weak,” or “I am a terrible decision maker.” Once you pick a misbelief for your character, you need to establish at what point in their life this misbelief was born, and why or what happened in their life to make them believe this false thing about themselves?

Perhaps your character is a terrible decision maker because she lived a sheltered life with overprotective parents who made all their decisions for her. Perhaps your character pushes away love as a grown-up because he couldn’t get his busy parents to pay him any attention as a child and he feels something about his very being is unloveable. Match the symptom to the cause.

So you’ve got your misbelief, and your root cause of why your character feels this way about themselves, now what do you do with this information?

Have fun with it. Create a broken character and stick them front and center, wearing their brokenness like a beacon.

If your character believes he’s unloveable–—throw in a character who falls in love with him.

The plot you write forces the character to stare their misbelief down in an epic battle of self. Along their journey, there will be various points where they feel as though they are winning the battle and then *bam* you will come and smack them back down into the pit of self-loathing. This is usually until their ally (friend or foe) kicks them in the rear, forces them to see their misbelief under a spotlight, and realize it’s untrue. Their whole life since the point of embracing their misbelief has been, in many ways, a lie.

From the moment you begin your outline or write those first words of your novel, the character’s misbelief is right there, whispering in their ear about how horrible they are. This is how you get your readers to relate to your story, because as human beings, we all believe we are somehow flawed, and reading about other people’s flaws make us feel as though we aren’t alone.

This process works for antagonists and antiheros as well as the protagonist. In fact, a strong misbelief in your main antagonist can do wonders for a story. If your bad guy’s misbelief is “I am alone,” something happened to him throughout his life to make him believe he needs to stay alone. But he meets a beautiful woman in a coffee shop that he’s intrigued by and wants to spend time with. He’s immediately in conflict with himself. His misbelief is screaming at him to push her away, while part of him wants to take the risk and talk to her.

Tying every step of your novel back to a character’s misbelief will ensure your story remains logical and flows in a way the reader can connect to. How would a person who believes their decisions are all terrible react when faced with decisions? Would that change based on the magnitude of the decision? How would they feel when they make a decision, and it goes as poorly as they expect? All of these nuances of your characters psyche will influence your decisions throughout the book as the author. Do you want someone to make decisions for her? What effect would that have?

For a strong story, start your outlining process with:

If you get stuck, loop back to the character’s misbelief, figure out how they would react to the situation and remember why they react the way they do. It will bring a depth to your writing, and make everything a little more logical along the way.