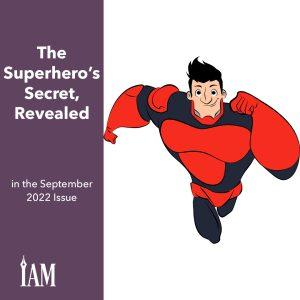 From the golden age of comics to modern-day Marvel movies, countless caped crusaders and super villains have kept our pulses pounding with their daring and dastardly deeds, leaving us breathless and clamoring for more.

Traditionally, Superhero fiction has been a visual medium, so unsurprisingly, fans often gravitate toward comics, movies, cartoons, or games for its stories. However, both graphic and longer-form novels are an important part of the genre that shouldn’t be overlooked. It would be easy to do, as this popular class of Sci-Fi story can sometimes fly under the radar in the literary world, crossing genres into areas such as Action, Contemporary, or even Romance. Yet that versatility can be its own superpower, appealing to a variety of readers from countless backgrounds even as the genre’s popularity grows on its own.

Ask any superhero fan which authors or artists have created the most enduring characters in the genre, and almost everyone’s list will include a few of the greats: Stan Lee and Jack Kirby, or Jerry Siegel and Joe Shuster. Yet ask those same fans to tell you what drew them to their stories, and you might be surprised at how different their answers are.

An astounding volume of comics, books, films, and other superhero stories spans a history of more than eighty years. The list of tropes related to the superhero genre stretches almost as long as Rubberband Man, and everyone has their own preference for what makes a story stand out. However, all superhero tales have certain key tropes in common.

Author Shannon Alder once said, “Heroes are not made. They are born out of circumstances and rise to the occasion when their spirit can no longer coexist with the hypocrisy of injustice to others.”

Superman’s parents sent him to earth to avoid the cataclysm that destroyed Krypton. Batman sought to avenge his parent’s murder. Morbius was looking to cure his blood disease. Your character’s origin story sets the stage for how and why they became super in the first place, and it ranks high on the list of tropes you should consider when crafting a superhero tale.

A great hero tale doesn’t always need to start at the beginning. Some of the best stories in the genre are a result of two or more heroes teaming up to save our imperiled world from impending doom or ultimate destruction. Think Sub-Mariner and the Human Torch putting aside their rivalry and joining forces.

Peter Parker is a bespectacled freelance photographer by day and a web-slinging superhero by night. Bruce Wayne is an uber-wealthy, suit-wearing business mogul one minute and a latex-wrapped crusader for justice the next.

Among the most frequently encountered tropes is a secret identity, followed by the lengths our hero must go to, to conceal it. Within the genre, this has given rise to the use of special suits or costumes that do everything from concealing heroes’ identities to providing them with the enhanced abilities in the first place.

When crafting your super villains, both their motivation and their powers should be an even match for your hero as they are the main source of conflict for your story. Too little conflict can lead to boredom, and too much conflict can stifle your hero’s growth.

Just as your hero must have a motivation for taking up the cape, their foe must also have a raison d’être. Bad guys are never bad just for the fun of it—they, too, need a compelling reason to wreak havoc.

Once you’ve created gripping origin stories and dreamed up awesome superpowers for your protagonist and antagonist, you need to work out why they’re fighting each other.

This is where you want to go big or go back to your day job. As amusing as it might sound, there’s a reason you’ve never seen Green Lantern and Sinestro come to blows over the last dinner roll at Thanksgiving. If you’re going to ask your character to don their alter ego and slip into skin-tight spandex, you’d better be planning on throwing some life-and-death, major-catastrophe-type situations on the page.

Last but certainly not least, however super they are, your main character needs a vulnerability. The best characters are multi-dimensional. Creating a hero or a villain that is all-powerful leaves no room for suspense, and let’s face it: One of the main reasons we all love a thrilling superhero story is the suspense associated with wondering whether good will triumph over evil.

No matter the weakness—Superman’s aversion to kryptonite or Sandman’s breakdown when confronted with water or extreme heat—some type of vulnerability will make your characters more interesting and relatable.

Once you have figured out how to effectively use these tropes or marry two or more to pull your readers in, you’ll be well on your way to creating Superhero fiction that keeps your readers on the edge of their seats. And who knows? Maybe one day, one of the greats that you so admire in this industry will approach you to work together.