Growth in the Indie Author Industry 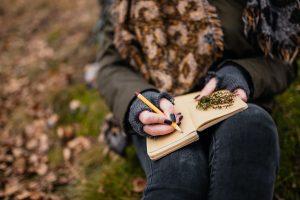 I’m about to give the editors of this fine journal a headache. When they gave me the assignment of writing about growth in the Indie Publishing industry, my first thought was “this is a massive subject.” The second thought was “I’m gonna need to put ‘growth’ in quotation marks.”

Indie authors didn’t just appear on the scene when the iPhone[1], Kindle[2], and KDP[3] were introduced in 2007. For years, writers in all genres have published their books and audiobooks without a publishing company.

I’m a fan of Scott Sigler, who released his novel Earthcore in 2005 as a serialized podcast after his publisher closed down their imprint (the first in the world, I might add)[5] on Podiobooks.com (now Scribl.com). And Tee Morris even created Podiobooks.com to promote and build an audience for audiobooks without being published, which was a requirement for being on Audible at the time.

And then, thousands of writers like you were out there writing words every day. Some were writing query letters to submit to magazines and publishers. Some were posting their stories to LiveJournal, blogger, and WordPress sites—direct sales and going wide before we had words for them.

In other words, this growth that we see isn’t necessarily the result of a platform being available even though it’s the largest one on the planet. It’s the result of writers like you developing these three aspects of the industry.

The ease with which we can produce our stories and send them out in the world is due in part to hundreds of our fellow writers that have created tools that make the work of creating worlds a little more frictionless. Writers have used this momentum to create and publish faster and become better earners.

Imagine that you’re on your next book project. You use your plotting software to get the ideas out of your head onto the page and arrange them a bit to resemble a story. From there, you write out your plot. You might even have a program that times your sprints or a website that gamifies the words you write. Or you can use a program that will erase the words if you stop typing. After that, you run it through some software that will correct your spelling and make sure that your editor can read it clearly and has less work to do.

While your manuscript is with the editor, you either buy a few premades (because we all know no one only buys one) or have a few covers made (see the comment on the premades). Or you might check out ad images. (We’ll talk about ads more in the next section).

Once the book is back from your editor, you spend an afternoon formatting the ebook and print versions and then upload it minutes before your preorder is due to begin.

And the more technology there is, the greater the need to easily find trusted educational sources, and that is the next greatest growth in the indie arena.

In the early days, it was said that the only folks making money in the indie author industry were the ones making courses teaching people to self-publish. That’s a slight exaggeration although there were and are some supposed professionals that want to separate you from your money.

But as writers published more and learned tips and tricks, they were also more willing to share about their experiences on blog posts, forum boards, and podcasts.

Ah, podcasts. Podcasts were my first and most beloved source of information about the industry. The “I Should Be Writing” podcast hosted by author Mur Lafferty has been my top listen since 2005. When I was new to this industry, listening to Mur talk about the struggles and the joys of writing and publishing—before and after Amazon—lit a fire under me.

The year 2009 brought us “The Creative Penn,” and I listened in real time as Joanna Penn built the infrastructure of her business and brought balance to her life at the same time, giving us actionable steps to building a business of our own.

“The Sell More Books Show” landed in 2014, providing commentary on the latest news and trends along with focused and comprehensive bookselling and marketing insights.

From there, we can talk about Jane Friedman who has been a powerhouse in our industry; Johnny, Sean, and Dave of Sterling and Stone; and Mark Dawson of the Self Publishing Formula, which has classes in every aspect of the industry taught by some of the folks previously mentioned.

Not an aspect of our industry doesn’t have a high-quality, actionable class, course, or education of some sort behind it.

Writing and publishing are solitary acts. You look at a computer, battle the blank screen, and chase rogue plotlines and characters that know their own story and don’t care about yours.

The digital age has put us in touch with other writers, like-minded souls on the same journey.

That’s why the Smarter Artist Summit conference was such a watershed moment. It opened the conference space for not just the authors that were making money but for the ones that wanted to start their journey, the writers (like me) that had a body of work and were paralyzed by the prospect of putting their work out there.

Many of us that went met people we would build empires with. And Smarter Artist Summit gave birth to several conferences, including 20BooksTo50K® and The Career Author Summit.