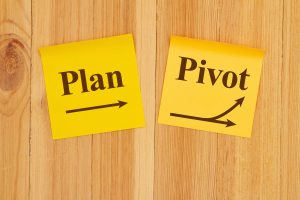 Depending on several factors, the saying “Man Plans, God Laughs” might be familiar to you as a Yiddish Proverb, a quote from author Michael Chabon, or the name of a Public Enemy Album. I’m firmly team third camp.

However you know this witticism, its truth remains. The best laid plans are often waylaid by events beyond our control, and we have to pivot to make the best of the situation.

The last month has been a remarkable example. We crafted a carefully laid plan for expanding our merchant store to Amazon, Etsy, Facebook, and Google. And just as we prepared for takeoff, our server became the target of a massive DDoS attack, our project management software experienced a hack to their corporate database, and a scorpion stung my hand.

You read that right. Scorpion.

Nevertheless, like all successful indie authors, we persisted. We pushed the deadlines, paused the campaigns and went to battle with faceless would-be hackers.

I’m convinced that dogged persistence is part of our collective DNA. I often hear stories from authors that were ready to throw in the towel, but gave something one last try—and then they hit the jackpot. Or they took a chance on another set of editing eyes and discovered they were targeting the wrong genre. Or they made a TikTok that went viral.

So make your plans. The universe might laugh and throw you a curveball or two, but I encourage you to laugh back. Pivot and persist. The next thing might just be the one that brings you the success you’re hoping for.

And, if I can offer one tiny piece of advice, avoid scorpions.