A True ‘Slice of Life’ Story: How to Make Memoirs that Mean Something 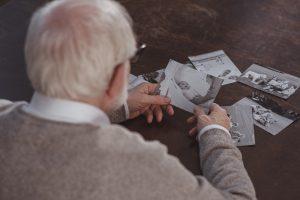 In his essay titled “The Narrative Idea,” David Halberstam has a simple piece of advice for writers who want to succeed at their craft: “The idea is vital.”

His words, published in 2007 in the book Telling True Stories, were directed toward narrative journalists, but they apply to some extent across every genre, whether fiction or nonfiction. “Telling a good story demands a great conception, a great idea for why the story works—for what it is and how it connects to the human condition,” he wrote.

For memoirists especially, that last bit seems intuitive. Of course, the story is connected to the human condition, right? It’s the author’s own lived experience, after all.

But for a genre that’s grounded solidly in reality, its structure is not always so straightforward. And in these stories, narrowing down a central message from all the thoughts and emotions on the page is just one of the ways authors can start to improve their narratives so that they make a stronger impact on readers.

What Makes a Memoir?

Running the gamut from ordinary conversations to life-changing revelations, memoirs frequently climb to the top of nonfiction bestseller lists. In recent years, they seem to be growing in popularity among writers too, especially within the independent publishing world, according to a 2019 Publisher’s Weekly article (https://publishersweekly.com). Reaching a deal with a publishing agent is notoriously difficult, but memoirists who don’t have an already solid reader base or who lack a unique story to tell may struggle even more to find representation in the traditional publishing world. Couple that with the many memoirists who write more for their own catharsis than for profits, and it’s no surprise authors would turn to small independent presses or self-publishing to distribute their books.

Still, none of that is to imply writing creative nonfiction will automatically create a bestseller or even that it will be easy.

“A successful essay takes [the] reader on a thinking journey,” writes Julija Šukys, associate professor of English at the University of Missouri. The same is true of memoir—or any creative nonfiction genre, for that matter. “It moves between the small and the big. It observes details of ordinary life and also thinks about the biggest human questions.”

Memoirs shouldn’t contain an author’s every interaction or memory, according to Publisher’s Weekly—think “slice of life,” even if the rough drafts sometimes start to feel like the whole pie.

They don’t all need to be ground-breaking tales either, Šukys writes. “For me, the question lies less in whether the experiences are worth telling but whether a writer has something to say. What questions is the writer grappling with? What insights does she bring? Many writers offer startling insights about small and ordinary life experiences.”

So how do you decide what makes it into the final version?

According to “Writing Memoir and Writing for Therapy,” a craft essay by creative nonfiction author Tara DaPra, you let it sit. It can take time to parse out the narrative you’re shaping, especially if the story is one you’re still living. “When you return to revisit the work, you can try to make some sense of the raw material,” according to DaPra. In the process, you will find which details can stay in the manuscript and which deserve to be cut.

Finding the underlying story in your manuscript might be the first hurdle memoirists face, but it is far from the only one. Since real life rarely follows an organized narrative structure, authors must also decide how to build one from the pieces they’ve been given.

“Pacing is key,” Šukys writes, as it is with any genre in order to build tension. So is maintaining your readers’ trust, both in your ability to resolve the story and in its truthfulness.

It’s a more nuanced promise than it sounds. Although some nonfiction genres—such as narrative journalism or academic text—hold a strict definition when it comes to the truth, memoirs can be more flexible. For one, human memory is naturally faulty, according to The Atlantic (https://theatlantic.com), so authors writing about events just as they remember them will inevitably be inaccurate. And for another, small edits or omissions, such as the combination of two people into one “character,” have long been accepted by some readers in order to tell a better story or provide anonymity.

So how can authors know where to take liberties in their memoir?

Ultimately, the decision is up to them, though journalist Roy Peter Clark’s “The Line Between Fact and Fiction” offers two principles to attempt to make the distinction more clear: Do not add anything, and do not deceive. Author and memoir coach Marion Roach Smith expanded on the idea further in an interview with The Creative Penn podcast (https://thecreativepenn.com): “Show us the real. Don’t make yourself out to be something you never were. We can smell that a mile away, and we can smell it in dialogue more than anything else.”

As for altering names in your work, the rules surprisingly can still be built on a case-by-case basis. “CNF [creative nonfiction] writers write from life. It’s impossible to ask every person you meet if you can write about them,” Šukys writes. Although she chooses to reach out to people she names in her work, she also admits that it can be easier and more ethical to change names for those characters who aren’t as essential to the story. And if you’re dealing with more legally controversial topics? According to Šukys: “The process can be more adversarial and litigious. In this case, writers should take legal advice.”

With all the work that goes into introspection, research, and story craft, memoirs and creative nonfiction can seem easier to edit than write—at least in the sense that the process is much the same as that of fiction writers. One of the largest challenges authors might face is in critiquing their own work. It is, after all, their life story on the page. In these situations, Šukys makes two suggestions. The first, from her own editing process, is to read the draft aloud. “I’m a big believer in editing through the ear. We stop seeing errors, repetitions, and sloppy language after a time, so the best thing to do is read your book or essay aloud or have your computer read it to you.”

Secondly, she encourages authors to find a community among other authors. Visit conferences, writer groups, and even local libraries—“they are the greatest resource a budding writer could ask for,” she writes. DaPra gives the same advice in her essay, offering that writers can share their work with others when sorting through a draft to help tease out any narrative threads worth developing.

Pro Tip: Typically, memoirs run between eighty thousand and one-hundred thousand words in length or about the same as general fiction novels, according to ProWritingAid.

And what about when the book is done? In the case of marketing, as in the revision process, the learning curve isn’t quite as steep from fiction to nonfiction. Most writing and self-publishing resources recommend identifying a target audience and building a presence online and through social media—the same tips often recommended to authors in other genres. In your messaging, Roach Smith said, focus on the universal lessons in your story rather than on the story itself, and don’t be afraid to try something new and unique to connect with your readers.

Ultimately, memoir is “an outsider art,” according to Publisher’s Weekly, filled by authors who are willing to shirk trends and tropes within an industry to tell true stories. If you pay attention to craft, narrative, and the “great idea” at the center of it all, it doesn’t matter whether the story you choose to tell is commonplace. Some of the most beloved pieces of creative nonfiction are.

What matters most are the truths about yourself you learn in the process.