Serial Authors Share the Key to Mastering the Craft 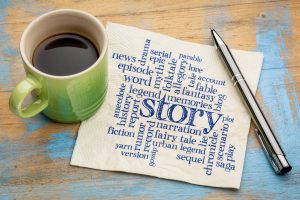 But serial fiction isn’t new. Writers have been peddling their wares on platforms like Wattpad, Radish Fiction, and Royal Road for years.

And while the speculation continues regarding some of Vella’s finer details, there is one question consistently making the rounds: How do you craft successful serial fiction?

In order to understand what makes a serial successful, we first have to define the difference in novels and serials.

You might have also heard of one specific strategy to repurpose standard novels in order to jump into this new Kindle marketplace. However, in speaking with Alana Albertson, romance author of the Se7en Deadly SEALS Series, previously number two on Radish Fiction, the one thing that became very clear was that serials are not chopped up novels.

But how do you differentiate? For novels, chapters are intended to move the plot and develop the characters, but depending on the genre, it’s not unheard of to slow the pace and use world-building, witty dialogue, and expertly woven backstory. Serials employ some of the same tricks, but more succinctly and with the goal of keeping the reader on the hook at every turn. Where a novel chapter might end with a scene’s uneventful natural break, a serial episode ends with a bang. The addictive nature of serialized fiction should make you need to download that next episode.

For Alana, that hook, that bang, is either a full-blown cliffhanger meltdown, or what she calls a “mini cliff.”

The Art of the Cliffhanger

Most people will identify a cliffhanger as a writing device that ends the scene on a rising action such as a surprise revelation, death, or crime. In Alana’s writing, cliffhangers are both that level of drama or “so cliff” as she says, and more subtle, such as a discovery or clue. Those mini cliffs keep your reader on the trail of breadcrumbs until they reach the bang.

It is, however, not enough to drop a bomb into the story; you must also provide a resolution. If you think of serial fiction like your favorite TV crime drama, it’s easy to understand how you’d never end the episode without solving the crime. Writing for the serial audience is the same; delivering on reader expectations includes answering the questions after the cliffhanger as promised and providing closure.

Getting Started with Serial Structure

While plotting may or may not be your favorite practice as an author, there seems to be a solid argument why some form of outline or plot gardening would be necessary for the serial format. Working with multiple storylines stretched over the course of a multi-episode season or over interconnected series takes a game plan.

Alana Albertson echoes that sentiment. “I am a recovered pantser. It took years. You don’t want to plot your shirt off, but before I wrote the first word, I knew exactly what was going to happen at the end of the series, from day one. I plot by cliffs.”

When considering how to outline your serial, give yourself options, both with the plotting method, which you can read more about in our May 2021 issue, and with the story itself. If serialization is an experiment for you, having a few episodes with a natural resolution but with expandable borders, might be the key. Tossing in some of those mentioned breadcrumbs regarding side characters, quests, or connected worlds can assist with sustainability in the future.

Based on the concept of plotting for longevity, let’s review what that might actually look like. Going back to the crime drama example above, a good visual representation might be one of the most-watched shows in the US, Law & Order. The original series aired for twenty seasons with an average of twenty-two episodes per season. The original series also spawned six additional television series under the same franchise.

When we think of the structure of something that massive, it is easy to feel overwhelmed, but let’s break that down to a more manageable place. In Law & Order, each episode has a crime that must be solved before we reach the final minutes. Each season has a larger issue, sometimes called the “prevailing plot,” such as a serial killer or court case, moving toward a separate resolution. Each spinoff has the same world, but with its very own set of crimes, characters, and grand season arcs. For serials, the format is similar, except your episode consists of far fewer words than the forty-five minutes granted to a television program. Essentially, you’re packing all that drama into bite-sized pieces that each end with a reason for the reader to keep going.

According to A.C. Fuller, author of The Crime Beat, a nine episode novella series available on all major retailers, “My hunch is that readers are not going to want seven-hundred-word episodes that don’t actually resolve anything, that don’t have their own individual arcs, that are just kind of chunks of a larger chapter that’s hacked off … I think readers will prefer to pay for longer episodes in Kindle Vella that are three thousand to five thousand words, that have enough of an arc to them that a discrete storyline or discrete scene is resolved.”

We’ve talked about planning for longevity, adding compelling action, and structuring to meet the quick pace, but what about the beginning? As with any story, you only have a few hundred words to grab and keep the reader’s attention. In novels, prologues can work, but with serials, the desire to invest must be immediate.

Bottom line: Serials should have that same binge-worthy, addictive quality that keeps 200+ million of us subscribed to Netflix each year.

While it’s important to note that there are many ways to craft and fine-tune a serial, we are not limited to deciding on the right approach solely based on the speculation surrounding Kindle Vella. Authors like Alana, A.C., and many others have already shared various data sets that we can use as research.

Great examples of serialized fiction to read and learn from exist on many sites, including:

There are also several Facebook and Clubhouse groups devoted to the Vella discussion where you can find authors of all mindsets, genres, and experience levels freely sharing the bulk of their combined knowledge. One example for Facebook is Kindle Vella Authors. On Clubhouse, you can listen and join the Vella Club.