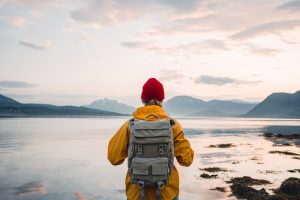 In over two decades of entrepreneurship, there hasn’t been a single successful person I’ve known, followed, or interviewed that hasn’t admitted to doubting themselves at some point.

Call it what you will. I’ve distilled the many names I’ve used over the years down to ‘imposter syndrome’, ‘existential crisis’, and ‘plain old doubt’. It’s the voice in my head that says, “you’re not good enough.”

In this month’s mindset, we start a three-part series on banishing the beast of Imposter Syndrome and ways you can mitigate its effects on your life and career. It’s a subject I have often struggled with over the years and even now have to battle.

Let me share with you some sage advice given to me by our own Alice Briggs that helped me. She explained the difference between tour guides and explorers.

Tour Guides follow the well-worn path. They’ve seen the landscape and know all the rocks and trees by heart. They’re in the safety zone, and they’re content with what they have at that exact moment.

Explorers, on the other hand, take risks. They blaze trails. They are in charge of their own destinies because they’re charting new territories and finding new ways up the mountain of success.

That to me is exciting. I love being an explorer. And it gives me a very handy stick with which to beat back that inner critic when she whispers, “not good enough.”

To your success (and adventures),