Atticus: A Writer’s Goldilocks Solution for Writing, Editing, and Formatting 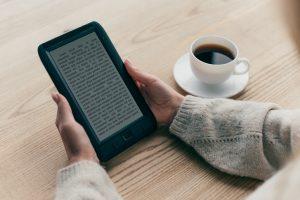 A lot of buzz surrounds the brand-new software Atticus, the brainchild of Dave Chesson, the founder of Kindlepreneur.

Atticus has been described as the love child between the well-established programs Vellum and Scrivener. Early access was by invite only, but since the beginning of November, the app is available for purchase at https://atticus.io.

The software not only allows you to write your novel within an intuitive interface but also makes it easy to format and export your work, ready to upload to the various retail sites.

Atticus has only recently come out of the beta stage. This fully functioning software has some more features coming down the pipeline, including global find and replace, word trackers, and integration with popular tools like Grammarly and ProWritingAid.

The app allows the user to write their draft directly into the software and automatically saves and backs it up to the cloud. Once the writer is happy with their words, they can style the text in a number of ways.

You can insert front and back matter, collate your books into series, and save templates to make formatting easier for subsequent works.

What Makes Atticus Different from Its Competitors?

Atticus is available both as an app and as an online software. You can write offline or on your phone, and your work will be synchronized to the cloud server.

The app can be downloaded on iOS, Windows, smartphones, and on Chromebooks. And herein lies the major difference to the aforementioned Vellum.

Vellum’s software is only available for the Mac. If you’re on a PC, you need to use other programs that often require a steep learning curve. Alternatively, you can outsource the formatting to contractors, which quickly adds up from book to book. You also have to go back and renegotiate every time you need to update your back matter, re-edit, or even just correct typos.

Many writers buy MacBooks just to run Vellum because it makes converting your Word document into an e-book or paperback a breeze. However, Atticus does the exact same thing on multiple platforms.

When it comes to exporting, Atticus may prove just as powerful as Vellum. Creating an e-book or paperback is as easy as clicking a button from several locations within the app.

Scrivener is the preferred software for many writers. Those who like a simpler interface use Google Docs or Word. Atticus is not quite as feature-laden as Scrivener, but it offers more capabilities than a Word document.

Scrivener has more functions than Atticus in terms of organizing research, tagging, and integrating editing software like ProWritingAid.

Exporting your finished document can be particularly irksome in Scrivener. It takes time to learn how to use the settings, and more time to test the exports with the various distributors. What KDP accepts as a final EPUB could differ from Draft2Digital, for example. Atticus allows for exporting your work as a publishing-ready EPUB or PDF as well as a DOCX version for backup and editing.

A Closer Look at Atticus

Atticus occupies the space between a lot and not enough when it comes to functionality and versatility.

The interface is intuitive and easy to use with two main buttons, writing and formatting.

Pro Tip: Watch the tutorials at this link: https://atticus.io/tutorials. They are exceptionally useful to quickly answer any questions you might have.

The writing screen shows front matter, back matter, and body chapters listed on the left, which you can move around as needed. You can set a counter to show you a word count per document, chapter, or for a selection.

Pro Tip: You can easily save front and back matter elements like the copyright page or your back catalog listings as templates. That way, you can insert them in any future books so they don’t have to be recreated.

You can set a timer for whatever duration you require. An added break option allows for a Pomodoro interval. Other options include setting a book goal, which keeps track of word count toward that goal, and a writing habit tracker.

During the beta stage, users complained about a lack of available text-formatting styles. Atticus now offers seventeen different templates. More importantly, you can also create a custom template with the font and even background image of your choice.

Atticus also offers thirty-six ornamental page breaks with the option to import your own custom image. You can choose from fifteen different fonts for paperbacks, all popular trim plus custom sizes, and large print options. Formats supported by KDP and IngramSpark are clearly indicated.

The paperback settings include a choice of eight headers and footers. As you would expect, drop cap and paragraph indentation are options for the beginning of each chapter.

A preview panel on the right allows for instantaneous feedback on how your work will appear not only on the Kindle but also on Nook, Android, and Kobo devices.

Exporting the finished book into both PDF and EPUB takes just one click. Creating paperbacks is just as simple. Select the size and format before exporting the book, ready to upload to the retail website of your choice.

What Else Does Atticus Offer?

Atticus allows the user to split chapters and integrate them into the running order without renumbering them individually.

You can import your work in progress from various formats: RTF, DOCX, EPUB, and MOBI. However, DOCX is the preferred option though it might take a little trial and error to seamlessly move existing documents into Atticus. For example, it works best to strip out the table of contents since Atticus creates its own.

Pro Tip: When importing a word document, keep in mind that Atticus automatically formats Heading One and 20-point font (or larger) as chapter titles and Heading Two and 18-point font as subheadings. It also recognizes page breaks or three consecutive empty lines as new chapters.

You can even add full-bleed images, which aren’t cut off at the margins. Atticus also supports footnotes and endnotes.

What’s Next for Atticus?

Dave Chesson’s team confirmed that a ProWritingAid integration is in the works. So is gamification of word count goals and dark mode.

One new feature will be a Word-style editing tool that allows your editor and beta readers to work directly with your document while you retain control over the changes. Chesson also plans to make a plotting tool available in the future to help with outlining, character development, and world building.

Promising, But Not Yet Perfect

Atticus will roll out new features in the coming months, and all future upgrades are included in the one-off payment.

The app, at the time of writing, boasts a price tag of $149 for a lifetime license with unlimited project creation and exports of both e-books and paperbacks. Vellum, in comparison, charges $249 for their combined option.

If you’re still on the fence, the software offers a thirty-day money-back guarantee.

Over to you: Do you already use Atticus? What do you think? Do you have any tips for your fellow authors? Let us know via email to [email protected]